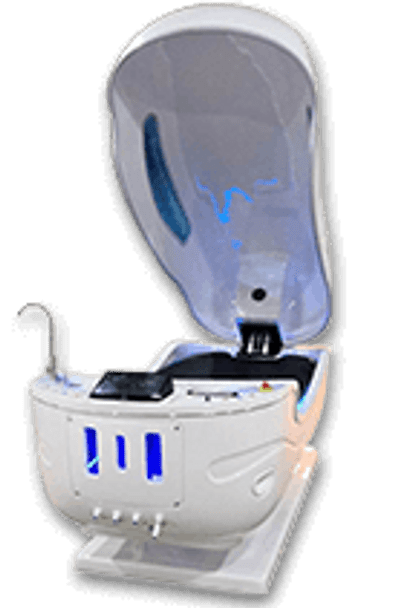 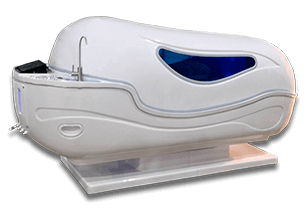 Relax for 30 minutes in the Thetachamber using 5 modalities at once including:

5 Hydrogen - Built in for nose Cannula

Stress, anxiety, depression, addiction, and mental illness are among the most alarming and fastest growing epidemics today. The ThetaChamber℠ is an unique breakthrough in personal development that helps the brain to reduce stress and regain chemical balance. Using subtle and non-invasive modalities all together to deliver a highly therapeutic effect.

Clients initially feel an enhanced sense of time and space as the chamber begins its spin. The lights, beats, and subtle current serve as sensory stimulation, delivering customized frequencies. Then the person feels deep relaxation, and a stimulation of specific brain activities. Many clients experience profound, moving experiences, allowing them to escape their dark cycle of difficulty at first momentarily, and ultimately for good.

The ThetaChamber℠  is the center feature of the theta wellness Center, located throughout the nation. Due to the great success in helping clients overcome stress, depression, anxiety, addiction etc. through their own sense and volition, the ThetaChamber℠  has become available for integration with other therapies such as: Psychiatry, counseling, life coaching, addiction recovery, depression/ stress management clinic, Doctor’s offices, and holistic healing centers.

Our technology treats neurological issues at their root 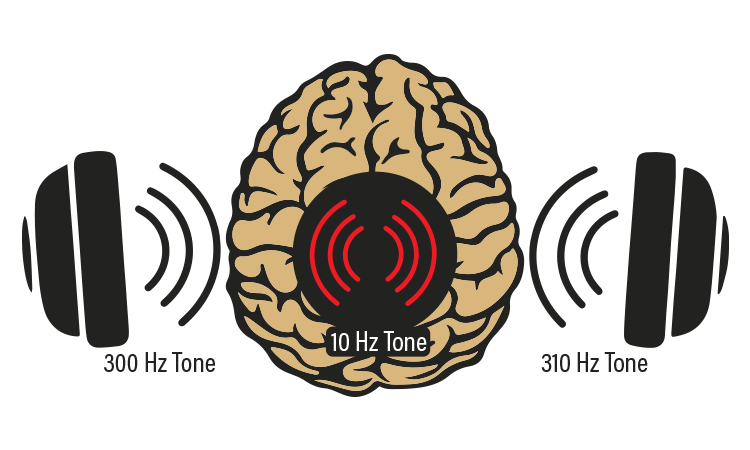 Designed to bring the brain into a Theta state, subtle pulses or “beats” are created when slightly offset tones are played through headphones. Heinrich Wilhelm Dove discovered this effect in 1839. The effect on brainwaves depends on the difference in frequencies of each tone: for example, if 300 Hz was played in one ear and 310 in the other, then the binaural beat would have a frequency of 10 Hz. The beats synchronize the cerebral hemispheres and help produce the correct conditions for neural pathway re-establishment (also known as “entrainment”). Deep relaxation during treatment is the result.

The spinning of the ThetaChamber℠ throws off the brain’s natural sense of time and space, all while enhancing the flow of the person’s biomagnetic field. The spinning causes the inner ear to balance and gives off a sense of floating, which relaxes the body. 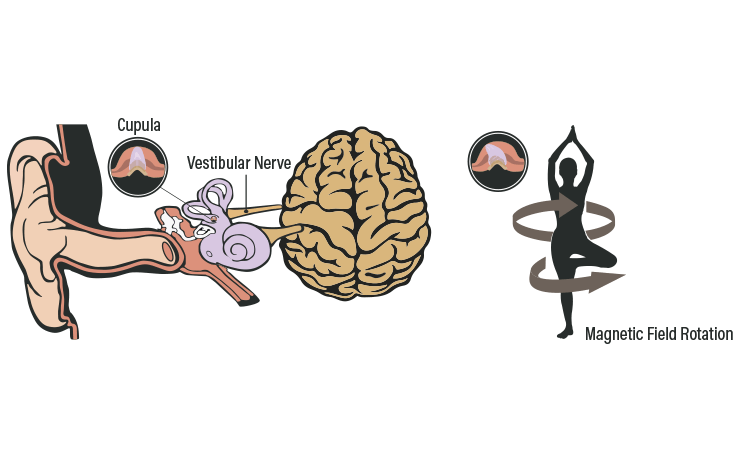 Is the main modality utilized in there covery of repetitive , unhealthy habits, such as addictions. It is also effective with mental/emotional instabilities, such as depression, anxiety and PTSD. CES produces a deep relaxation which increases suggestibility and allows new ideas and subconscious thoughts to come to the surface.

Uses the same customized frequency to synchronize with the binaural beats to create a pattern of light that quickly induces the Theta State, opens the brain to suggestion and entrainment, and promotes specific healing rhythms.

Light patterns are computer-generated and calibrated to synchronize with the binaural beats to (1) quickly induce the Theta state, (2) open the brain to suggestion and entrainment, and (3) promote specific healing rhythms. Light and sound sensory stimulation access the brain through the thalamus, which is directly connected to the cortex. Light and sound rhythms and patterns can easily influence cortical activity, and can also affect neuronal activity when synchronized correctly. The ThetaChamber℠ uses computer technology to precisely generate and synchronize these light and sound patterns together with micro-current signaling (see below) for maximum positive effect 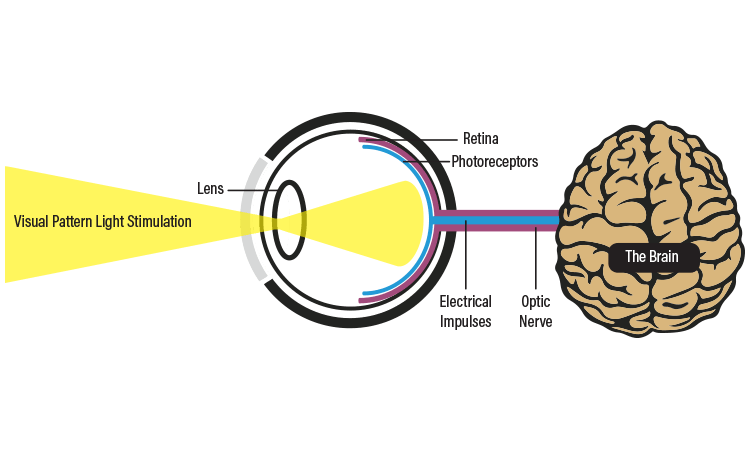 This FDA-cleared treatment uses precisely tuned, subtle electrical impulses to affect the neural networks and neurochemistry of the brain, encouraging normal function. These electric signals are similar to those produced by the brain itself. As an electro-chemical instrument, the brain constantly both produces and receives a wide variety of signals, from one region of the brain to another, and through the nervous system to all parts of the body. Once the brain has reached the Theta state and is open to suggestion, change and healing, the ThetaChamber℠ transmits gentle, natural-like signals to the hypothalamus, in the limbic region of the brain. These signals encourage the hypothalamus to start producing normal, healthy levels of serotonin, dopamine and other neurotransmitters. Over the course of just a few applications of these signals, the brain is entrained into normal functionality, as new neural pathways are created and the old, addicted or imbalanced ones atrophy.

Through decades of research and testing, doctors have been able to determine the precise frequencies, waveforms, amplitudes and signal strength needed to treat certain conditions such as anxiety, depression and insomnia, as well as addiction to substances and stimuli such as opiates, barbiturates, alcohol, nicotine, marijuana, cocaine, heroin, and pornography. Each one requires a different, specific and precise setting for maximum effectiveness.

These various treatments and applications, known as “modalities,” work together synergistically to provide maximum effectiveness on the brain. Modalities currently available in the ThetaChamber℠ are:

When all these forms of therapy are combined and synchronized, they elicit a very powerful and pronounced neurological and physiological response. Feelings of well being are almost immediate for many clients, often starting the very first day! Some report deep sleep and vivid dreams for the first time in years.

Brainwaves, also known as neural oscillations, are observed throughout the central nervous system and at all levels which can be measured by electroencephalography (EEG). In general, EEG signals have a broad spectral content (similar to pink noise), but also reveal oscillatory activity in specific frequency bands. The best-known band is “Alpha” activity (8-12 Hz) that can be detected in the brain during relaxed wakefulness. Other frequency bands are “Beta” (13-30 Hz) which corresponds with mental alertness and concentration, “Gamma” (30-70 Hz) which is associated with cognitive processing, “Theta” (4-8 Hz) which is associated with relaxation and near-sleep, and “Delta” (1-4 Hz) which occurs during sleep.

Starting in the late 1950’s when it was discovered as a method of pain relief, micro-current stimulation has been administered in many ways, and under many conditions. Early on, a device was developed that administered micro-current signals through the earlobes into the brain. The device was worn by the patient for 23 hours each day, for many weeks, in order to have the desired effect (such as treatment of heroin addiction, anxiety, depression, or insomnia). Today, with the advent of the ThetaChamber℠, treatment can be accomplished much faster and more effectively because it is administered only while the brain is in the Theta state, which is induced and held for 30 minutes per session, two times per day. The result is nearly a full hour of continuous Theta state in each 24-hour period, which is far more than a person typically experiences. In this way, the total elapsed time of treatment is dramatically reduced from 23 hours down to just 2, yet the overall effectiveness of the treatment is increased because it is administered while the brain is most capable of receiving it.

The ThetaChamber℠ and its associated treatments are:

MSRP:
Now: $34,995.00
Was:
Cryo 21 - Body Contouring - Facials - Lip Volumizing - Pain Relief Adipose fat cells are more sensitive to cold than the surrounding area, when cooled they undergo a process of slow and gradual...

MSRP:
Now: $1,400.00
Was:
The BioAcoustic Mat - open box Frequency and sound generator mat for relaxation, stress relief and sleep. Richway the manufacturer of the Crystal Infrared Biomat and Quantum pads have developed this...

MSRP:
Now: $900.00
Was:
Summer Body Red Light LED Panels These red light panels have 2 wavelengths.  660 nm Red and 850 nm NIR Infrared LEDS These panels are like the panels used in the Summer Hot Body Beds so you...

MSRP:
Now: $109.00
Was:
UVC GERMICIDAL LAMP UVC lights are UV germicidal bulbs that emit very short ultraviolet wavelengths from 100 to 280 nanometers that damages the DNA of bacteria, viruses, and...