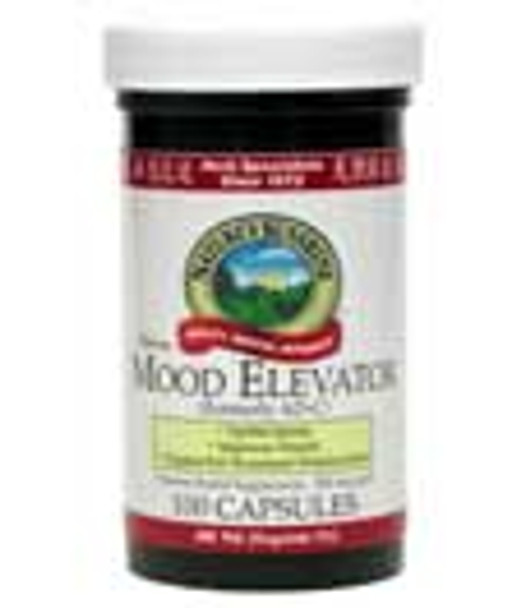 Benefits:
•Encourages an overall sense of well-being.
•Strengthens liver function, which, according to Traditional Chinese Medicine, may affect mood.
•Supports the circulatory and lympathic systems.

Chinese Mood Elevator, Chinese [Nervous] is composed of 17 herbs used in Traditional Chinese Medicine as a “fire enhancing” combination to regulate and untrap the chi (vitality).

Its two key ingredients, bupleurum root and cyperus rhizome, may support the liver, the organ (according to Chinese philosophy) that plays an integral role in mood.

According to Traditional Chinese Medicine, when the liver is functioning at its peak, positive mood may be maintained.

Its Chinese name jie yu can be translated to mean “relieve depression.”

MSRP:
Now: $39.95
Was:
Benefits:•Encourages an overall sense of well-being.•Strengthens liver function, which, according to Traditional Chinese Medicine, may affect mood.•Supports the...

MSRP:
Now: $39.95
Was:
Benefits:•Encourages an overall sense of well-being.•Strengthens liver function, which, according to Traditional Chinese Medicine, may affect mood.•Supports the...

MSRP:
Now: $29.95
Was:
Benefits:•Provides nutritional support for the prostate gland and the entire male glandular system.•Contains the antioxidant, lycopene, which studies suggest may have a beneficial effect on...

MSRP:
Now: $23.95
Was:
Benefits:• Provides nutritional supplementation for all of the glands of the body.• Supports energy metabolism.• Provides protection to the glandular system.• Contains essential...

MSRP:
Now: $29.95
Was:
MSM [Structural, Circulatory], or methylsulfonylmethane, is a naturally occurring organic form of dietary sulfur used by our bodies every day.   Sulfur is a major component in many of the...

MSRP:
Now: $45.00
Was:
OxyQuest, with Stabilized Oxygen Molecules. OxyQuest is formulated with two of the most abundant and important electrolytes in body fluids: sodium and chloride. Oxyquest helps to prevent bad...

LUMINESCE™ advanced night repair combines the latest in patented technology to correct the environmental damage of the past and fortify your skin for the future. It supports natural self-repair...