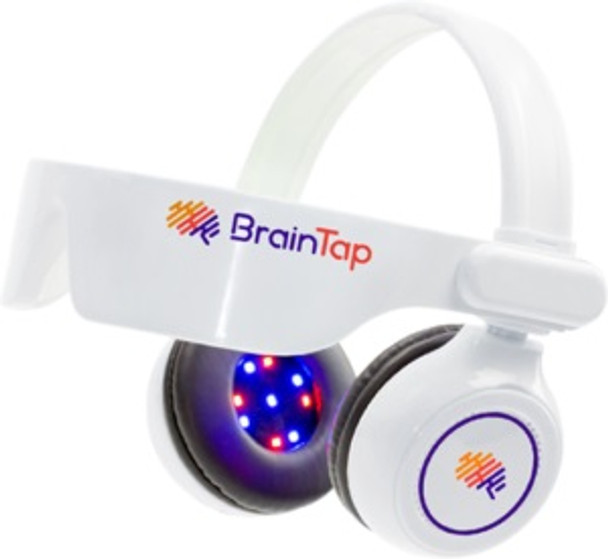 Using four modalities the listener is gently guided into the relaxed brainwave state of Theta, which intrinsically results in the reduction of the stress hormone, adrenaline. Dr. Porter and his team of scientists and mindfulness experts are leading the way in brainwave entrainment technology and have made BrainTap a global leader in the personal improvement field.

Braintap uses frequencies of light and sound and is the proven way to relax, reboot and revitalize with it's proprietary Neuro-Algorithm.

Achieve balanced brainwave state to enhance production of all the necessary neurotransmitters needed for optimal function of body and mind.

In just minutes of deep relaxation your brain will be guided to:

RELAX – Proven Scientific techniques allow your brain the rest and recovery it needs by reaching various states of consciousness.

REBOOT – Clean the slate of the unimportant and reinforce the most valuable information for better memory and brainpower.

REVITALIZE – Our sessions are designed to build a resilient mind and fit body for life.

BrainTap lets you reach deeper meditative states without years of disciplined practice, leading to mental clarity and intuition. It enhances sleep so you can awaken feeling rejuvenated and energized. It reduces stress, worry and irritability while supporting emotional stability and mental harmony. By achieving the right mindset, you can lessen negative self-talk and self-destructive impulses and overcome bad habits, freeing you to explore an expanded self-awareness with boundless creativity. Best of all, you will experience the joy of higher states of consciousness where you attract and manifest your desires! 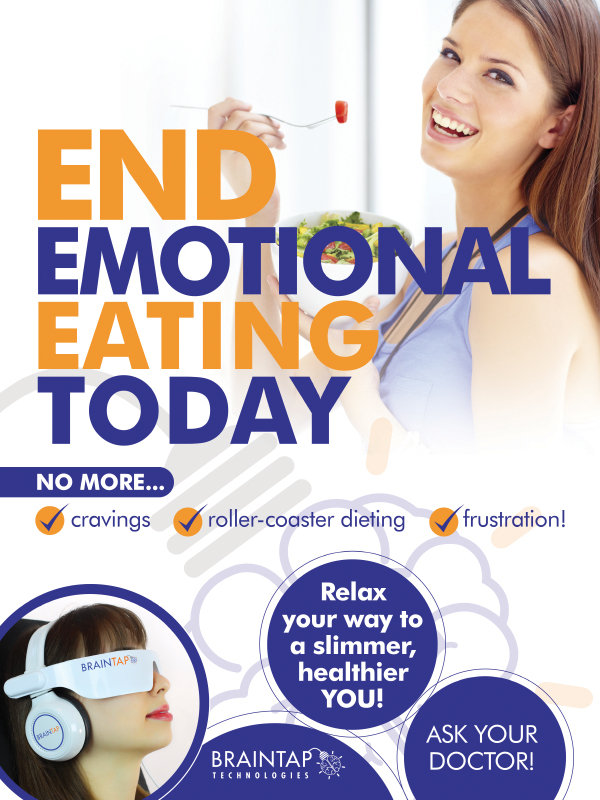 What the Research has to say about

Eleven patients had peridural and blood analysis performed before and after the relaxation sessions using flash emitting goggles. An average increase of beta-endorphin levels of 25% and serotonin levels of 21% were registered. The beta-endorphin levels are comparative to those obtained by cranial electrical stimulation (CES). This indicates a potential decrease of depression related symptoms when using photic stimulation.

Cerebral synchronization was obtained with photic stimulation devices and tested on more than 5,000 patients suffering from chronic pain and stress-symptoms during the `80s. A detailed study on 92 patients indicated that 88 obtained relaxation results higher than 60% after 30- minute sessions at 10 hz. Thirty patients had sessions in Theta (5 hz) and experienced relaxation states of 50-100% after five minutes as well as improved pain relief. Eight patients had blood tests before and after the sessions and showed improved beta-endorphin levels of 10-50%. All of these relaxation results are improved when combining the photic stimulation with relaxation audio tapes.

Dr. Thomas Budzynski in "Biofeedback and the Twilight States of Consciousness," in G.E. Schwartz and D. Shapiro eds., Consciousness and Self-Regulation, vol. 1, New York, Plenum 1976 and non-published studies at the Biofeedback Institute of Denver, 1980:

Using a first-generation prototype, Dr. Budzynski concluded that "these devices produce a distinct relaxation state. Programming the device between 3 and 7 hz, it takes about 10 to 15 minutes for the patients to enter--effortlessly-a state of hypnosis. They terminate the sessions relaxed and with a feeling of well-being." Also, "the device has a calming effect on nervous or anxious patients. In a majority of cases the patients feel relaxed and calm during a period of three to four days after the session. It happens that the subjects have a reminiscence of childhood experiences, particularly when in Theta. They related their experiences which we incorporated into our psychotherapeutic program."

Dr. Brockopp analyzed audio-visual brain stimulation and in particular hemispheric synchronization during EEG monitoring. "By inducing hemispheric coherence the machine can contribute to improved intellectual functioning of the brain. Like children spending most of their time in Theta, the machine allows a reduction in learning time. With adults a return into Theta allows them to rediscover childhood experiences. The machine is like a `lost and found office' for the subconscious."

"We stimulated one of two groups of 30 people with a brain- stimulation device to test relaxation levels, using 10 hz frequency while observing their muscular tension with an EMG and their index skin temperature. The second group had to relax without machines via traditional means of autosuggestion. Most of the people in the second group said they felt relaxed while demonstrating greater tension (EMG) and lower skin temperatures, both of which are stress and nervous tension indicators. The group using the machine obtained deep relaxation state going beyond the programmed 15 minutes. EMG curves confirmed relaxation of the cortex due to the frequency adoption response."

These findings were also verified by James Greene and Dr. E.J. Baukus of FOCUS Human Research Development in Bourdonnais, Illinois. The muscular tension curve of the trapezius muscle were indicative of deep muscular relaxation.

Dr. Cosgrove proceeded in 1988 with multiple experiences with the same devices and concluded that states of deep relaxation are obtained with these machines. "We are very optimistic about the possibilities of calming our patients before and after surgery. By the way, we already treat chronic stress affected patients. Thus, our EEG analysis shows that optimal cerebral functioning can be obtained with regular use of such audio-visual apparatus. The machines could eventually slow the decreasing cerebral performance with the elderly. This type of machine could 'revolutionize neurology and medicine.'

Mr. Foster's conclusions indicate that the combination of binaural sounds with audio-visual stimulation machines allow access into Alpha states of consciousness much faster than with traditional biofeedback techniques.

MSRP:
Now: $1,850.00
Was:
The BioAcoustic Mat Frequency and sound generator mat for relaxation, stress relief and sleep. Richway the manufacturer of the Crystal Infrared Biomat and Quantum pads have developed this new air...

Neurocare 2 Port System with the Tpad and Painstopper for the Head CapAdd the Facemask for just $200 Photobiomodulation Therapy (PBM) using safe and non-invasive LEDs is able to penetrate through...