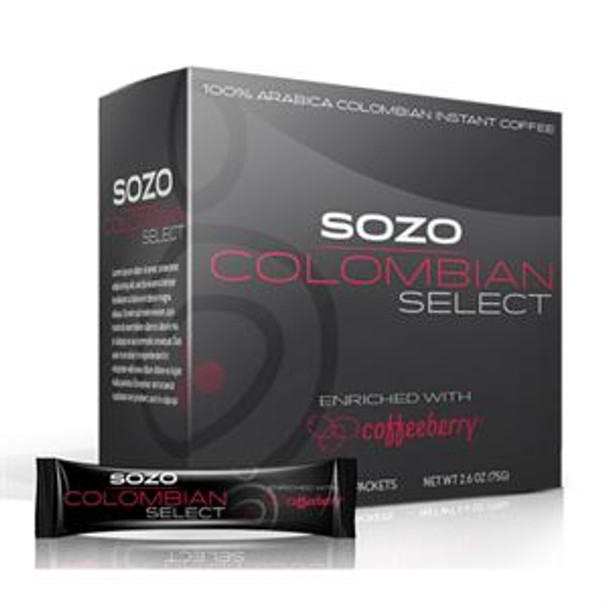 A double-blinded, placebo-controlled study was performed on humans in 2011 that examined the effects of a single dose of a SOZO’s nutritional CoffeeBerry drink and found the SOZO group produced statistically significant positive changes in several blood biomarkers related to antioxidant / anti-inflammatory effects.

The following results were produced:

At 1 hour post-intake, serum values for 8-iso-PGF2-alpha and advanced oxidation protein products decreased significantly by 40% and 39%, respectively. Additionally, there was a trend toward decreased C-reactive protein, and increased nitric oxide levels. Both placebo group and SOZO group treatment resulted in statistically significant increases in hydroxyl radical antioxidant capacity (HORAC) compared to baseline; SOZO group showed a higher percent change (55-75% versus 23-74% in placebo group), but the two groups did not differ significantly from each other.

Basically the study showed that the SOZO CoffeeBerry Nutritional Beverage decreased inflammation markers in the blood, which is very positive for the body.

MSRP:
Now: $24.50
Was:
The SOZO® brewed coffee line includes a DECAF coffee made from the highest quality Arabica beans from Colombia and roasted to perfection. During the roasting process, the beans are mixed with our...

MSRP:
Now: $24.50
Was:
The SOZO® brewed coffee line is made from the highest quality Arabica beans and roasted to perfection. During the roasting process, the beans are mixed with our proprietary CoffeeBerry®...

MSRP:
Now: $149.00
Was:
The Orb blue/UV Light Portable and waterproof, the Orb is a ping-pong sized device that uses safe, blue/UV-A light to kill algae, mold, fungus and bacteria.   Features and Benefits...

MSRP:
Now: $24.50
Was:
The SOZO® brewed coffee line is made from the highest quality Arabica beans and roasted to perfection. During the roasting process, the beans are mixed with our proprietary CoffeeBerry®...

MSRP:
Now: $24.50
Was:
The SOZO® brewed coffee line includes a DECAF coffee made from the highest quality Arabica beans from Colombia and roasted to perfection. During the roasting process, the beans are mixed with our...

MSRP:
Now: $3,495.00
Was:
TheraSauna Classic uses the same Theramitters that are our Classic line.   Solid ceramic heaters have a 96% radiant efficiency rating.  Easy to use 4 button control panel...

MSRP:
Now: $3,995.00
Was:
TheraSauna Classic Corner Unit with solid ceramic Theramitter heaters have a 96% radiant efficiency rating.Hemlock Wood   Easy to use 4 button control panel that allows the user to...