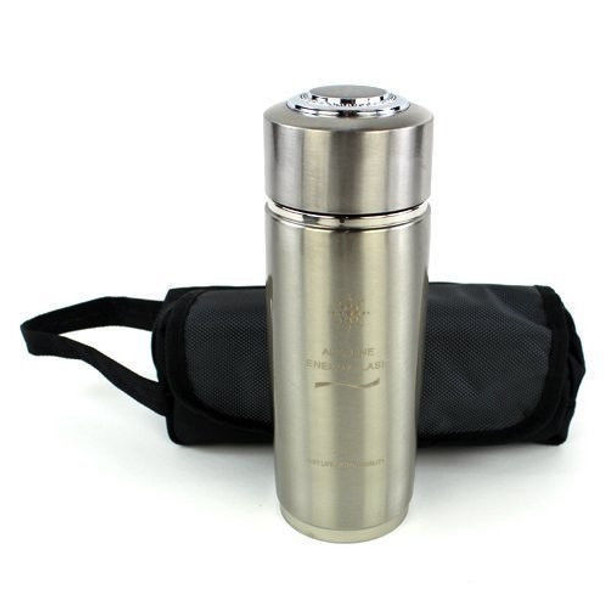 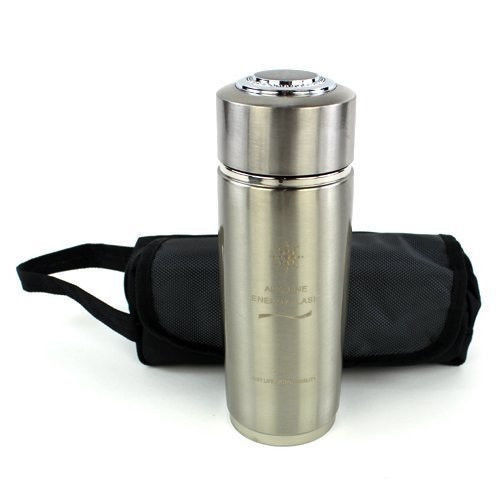 4. To complement the elements of life: Trace elements and minerals are leveraged. The aerospace ceramic cores adopted by the Alkaline Water Bottle releases iron, zinc, iodine, calcium and other various minerals and trace elements that are essential to the human body, all of which are in an ionic state.

Here are some water tests you can do with Alkaline Water:

1. Dissolved oils (emulsification) test: This proves that the small molecule of alkaline water is able to dissolve grease, fat, and excrete toxins.

Experimental Methods: Get two clean water bottles, pour into each of them equal amounts of edible oil, and then add an equal quantity (about half of the oil volume) of alkaline water, mix, making the oil and water integrate in a single substance. It turns out that the alkaline water and oil emulsifies.

Experimental Methods: Get two clean water bottles, pour into one the purified water, the other alkaline water of equal value; then add five drips of PH reagent to each bottle. Then you can see that the purified water turns yellow.


3. Alkaline Water vs Glucose Experimental Methods: Get one transparent glass bottle, draw 5 to 10ml glucose water with needle tube, and pour in the glass bottle. The glucose water becomes yellow (acid). Then drop in a defined amount of alkaline water; we will find that yellow-colored glucose water (acidic) immediately becomes blue.

Experimental Methods: Fill a container with a defined amount of alkaline water, and drop certain PH reagent. The water in the bottle becomes blue-colored. Then take a puff a cigarette and blow out a stream of smoke into the bottle. Close the container, lightly shake, and you will find the water turns light yellow. Then add a defined amount of alkaline water: the light yellow turns into blue.

Experimental Methods: Get two transparent glass bottles, fill one with a small amount of alkaline water, and the other with a small amount of liquor. Drop a few drips of PH reagent and make a comparison. We could see that the water that turns blue is alkaline water, while the water that turns deep yellow is the highly acid liquor. We can conclude that liquor or wine is highly acid and people who drink wine or liquor are very susceptible to acid body constitution. Here we begin to pour Alkaline Water into the alcohol, the color of the water gradually turns blue. It's clear that drinking Alkaline Water before or after drinking alcohol not only has an effect for anti-inebriation, but can also neutralize the acid within the human body and an acid body constitution.

Experimental Methods: Get two glass bottles pouring alkaline water into one, tap water into the other, and then drop five drops of strong oxidizer (iodine tincture). The tap water turns yellow and it's obviously oxidized. Meanwhile, the alkaline water remains the same and it proves that alkaline water has a strong anti-oxidization function.

Experimental Methods: Pour the same amount of edible oil into two glass bottles. Then fill one bottle with 30% alkaline water, and fill the other bottle with 30% purified water. As we know, oil is not soluble in water, we can see the water and oil have separated in the purified water bottle, but part of the oil has emulsified in the bottle filled with alkaline water.

MSRP:
Now: $4,650.00
Was:
Bio Mat Amethyst King Bio Mat The Ultimate Bio Mat for your King size bed.  This is the farinfrared mat is full of Amethyst Crystals and when combined with the new Quantum Energy Pad for...

MSRP:
Now: $46.95
Was:
Years of research by our US & UK engineers on negative ion technology has resulted in an air ionizer technology to  provide you with cleaner, safer, and overall better air quality...

MSRP:
Now: $2,500.00
Was:
The Alkal-Life 3000SL is the best source of water, the most advanced water purification and ionizer system available to the public. This device is so...

MSRP:
Now: $50.95
Was:
60 Capsules of Aklalete Alkalete™ is the most recognized and top performing, patented, pH supplement on the market today. Alkalete helps you shed fat & acidic waste, energize your body,...

MSRP:
Now: $780.00
Was:
Bio Mat Mini Mat with Amethyst and Tourmaline Crystals Portable Bio Mat with Carrying Case is perfect for traveling and use with  a Professional Bio Mat.  Using the mini mat on top of the...

MSRP:
Now: $120.00
Was:
Richway Detoxi Bamboo Salt originated at a Buddhist temple in Korea, over a thousand years ago. It is made from sun-dried salt which is filled into the hollow of bamboo trunk that has been cut into...

MSRP:
Now: $1,995.00
Was:
Home Use The IonCleanse® Solo™ is the latest ionic foot bath created by A Major Difference, Inc. Now available for home use, the Solo™ allows individuals and families the...

MSRP:
Now: $72.95
Was:
"Whole Wellness Club pH Control" The evolution of our modern-day lifestyle continues to bring more challenges to our health and well-being. Most of our diets include so many refined, processed foods...